The Game Makers Guild is New England’s largest group of indie board game designers. We meet 2-3 times per month in the Boston area to playtest each others’ board games and card games, as well as discuss the various aspects of bringing a game to life! Feel free to poke around our site and check us out. If you’re interesting in becoming a member, just come to one of our meetings.

Hey everyone! Jaime Barriga, Head of Curation here, and I am extremely pleased to announce that after more than 2 years, two games have finally achieved the coveted !.

While many games have made it to the final stage of our process, Minute Diktator and Rain or Shine received a passing grade from our Expert Playtest and were awarded the GMG Seal of Approval. These games not only did well during our Intensive and Blind Playtest process, but our team of reviewers believed that these 2 games have the potential to stand the test of time, and are incredible representations of the calibur of game we’re aiming for. And with that, we congratulate Karl and Jona on their incredible work!

We are super excited to announce that 2 of our members, Marcus and Jay, won 2 of the awards at this year’s Connecticut Festival of Indie Games (or, ct-fig).

And Jay’s game, Burned!, where players play as chefs trying to craft the best meal while burning their opponents’ dishes, won Best Game in Progress!

We wish the two of them all the best as they continue to make incredible games and get them into more and more peoples’ hands. 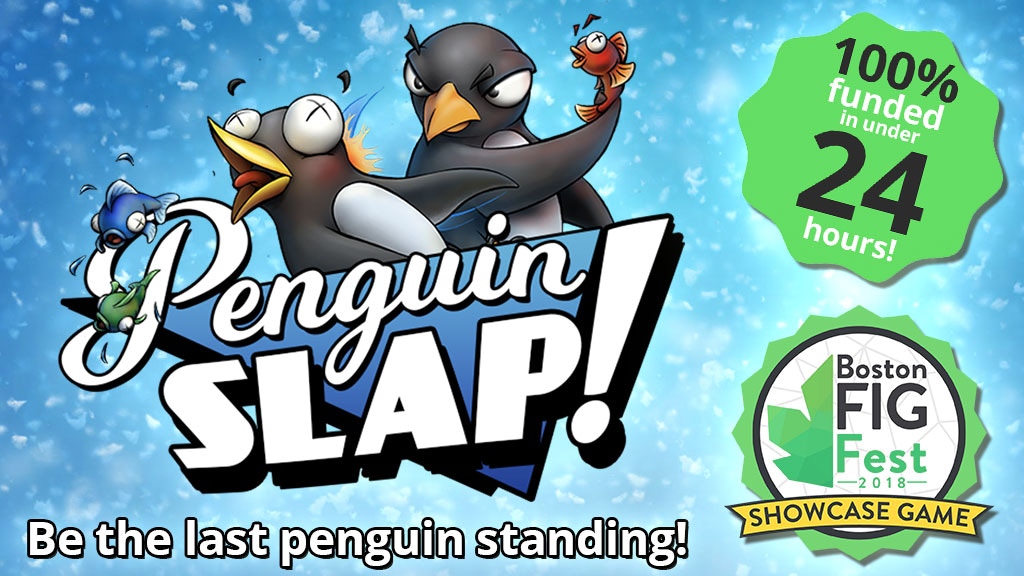 GMG members Rich and Jules just put a game up on Kickstarter, and it was fully funded in just a matter of hours!

Penguin SLAP! is a fast, playfully-illustrated card game where players take on the role of penguins who love to slap each other with fish. It’s a last-penguin-standing-wins game for 2-4 players and it takes 15-30 minutes to play. Check it out on Kickstarter »